This article shows what a business operation the smuggling of cell phones into prison has become. Contraband cell phones have become as desired as drugs in prisons and jails. The contraband value of these smuggled cell phones can be reduced by providing an alternative, prison sanctioned, secure cell phone service.

Update (8/9/12): Attorney General Jeffrey S. Chiesa announced that a former correction officer at Northern State Prison in Newark was sentenced to prison today for smuggling pre-paid cell phones and drugs into the prison as part of a smuggling network.

Luis S. Roman, 48, of Avenel, was sentenced to five years in state prison without possibility of parole by Superior Court Judge Bradley J. Ferencz in Middlesex County. He pleaded guilty to official misconduct, admitting that he smuggled cell phones and drugs into the prison for a network of inmates who solicited customers and distributed the contraband. He smuggled contraband into the prison several times a week, including pre-paid cell phones, cocaine, heroin, and marijuana, hiding the items in his protective vest and boots.

Quadir Barnes, an inmate at Northern State Prison in Newark, pleaded guilty Monday to being a member of a network that smuggled pre-paid cell phones and drugs into the prison.

His sister and two inmates who were customers also pleaded guilty Monday.

Under a plea agreement, the state will recommend that he be sentenced to six years in state prison, with the sentence to run consecutive to his current sentence.

In pleading guilty, Barnes admitted that he was part of a network of inmates who solicited customers and distributed cell phones and narcotics that were smuggled into the prison by a former corrections officer, Luis S. Roman, 47, of Woodbridge. Roman pleaded guilty on April 18 to charges of racketeering and official misconduct. The state will recommend he be sentenced to 14 years in state prison, including five years of parole ineligibility.

Barnes, Roman and 17 other people who allegedly distributed contraband in the prison or acted as accomplices outside the prison were charged with racketeering and conspiracy in a state grand jury indictment obtained by the Division of Criminal Justice on Sept. 15. Separate indictments obtained that month charged 16 inmates who bought contraband.

The investigation revealed that Roman smuggled contraband into the prison several times a week, including pre-paid cell phones, cocaine, heroin, and marijuana, hiding the items in his protective vest and boots. The inmates who acted as distributors had family members or friends outside the prison who allegedly acted as accomplices by buying phones and drugs and packaging them for delivery to Roman. The investigation revealed that inmates paid for the items by having money wired to Roman’s wife or another accomplice on the outside.

The state Department of Corrections Special Investigations Division began looking into the possibility of a correction officer or other prison worker smuggling contraband into Northern State after numerous wireless phones of the same makes and models were confiscated from inmates.

A joint investigation by the State Police and the Corrections Department began in July 2009. Roman’s smuggling continued from at least August 2007 to Nov. 14, 2009, when he was arrested with his wife. Ann Marie Roman, 36, of Woodbridge, who now is divorced from Luis Roman, pleaded guilty on Sept. 14 to second-degree conspiracy to commit bribery. She admitted that, at her husband’s direction, she received thousands of dollars through Western Union and Money Gram as payment for smuggled items.

Roman allegedly used two trusted inmates at Northern State as his organizers or middle men. The inmates, Angel Vasquez, 53, and Willie Wade, 46, in turn allegedly employed numerous other inmates, including Barnes, as distributors to canvass the prison for customers. The customers agreed to pay a fee for the contraband. For example, if an inmate wanted a pre-paid cell phone, he would have to pay up to $400, plus an additional $200 as a “shipment fee.”

At each level of the organization, middle-men and distributors received a certain amount of money. Once the contraband was smuggled in, Roman allegedly would pass it along to his middle men, who would give it to the distributor inmates, frequently kitchen and laundry workers, who would distribute the contraband throughout the prison. The indictments are merely accusations and the remaining defendants are presumed innocent until proven guilty. 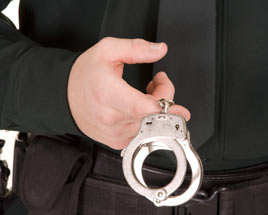 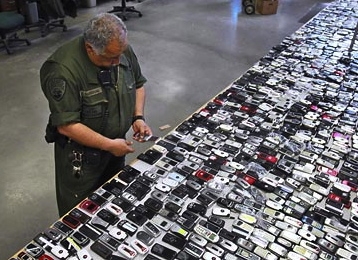 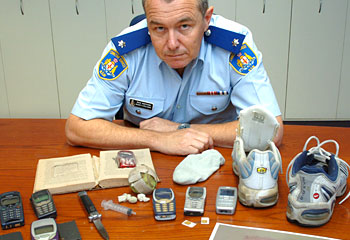