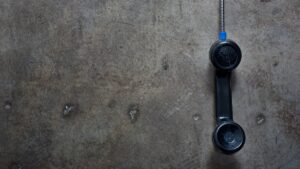 meshDETECT is an innovative solution to the problem of contraband cell phones in prison, which also provides enhanced telephone access to detainees and their families.

The very first payphone was installed in a Hartford, Connecticut bank in 1889; the first payphone in a jail was probably installed not too long after. Ironically, this same device, admittedly with very sophisticated back end controls, is still being used in prisons and jails around the world 125 years later; yet when is the last time you personally used a payphone? The reason for this? Cell phones.

It is well documented that contraband cell phones are a significant issue in prisons and jails across the county, and indeed the world. Over 15,000 were confiscated in California alone in 2012. In fact, Georgia Department of Corrections Commissioner Brian Owens has stated that, “Illegal cell-phone use in Georgia prisons has developed to “epidemic” proportions and is now the system’s greatest safety threat.”

There is no doubt that the use of unrestricted cell phones in prison is a serious security risk in that some of the use is for criminal activity, however it has been shown that the vast majority of contraband cell phone use is by detainees seeking more frequent and affordable interaction with family and loved ones. Interaction that is now severely restricted by the limited number and shared use of prison payphones.

We have developed a solution, called meshDETECT, which helps to reduce the demand for contraband cell phones by siphoning off the legitimate desire for more frequent telephone access between detainees and their loved ones. meshDETECT is a secure prison cell phone solution that gives detainees highly customized cell phones with all the security and control features of prison payphones. This allows those detainees whose only desire is for legitimate, non-criminal contact with family to use wireless technology safely and securely.

In addition to reducing the demand for, and therefore the supply of, contraband cell phones, enhanced access to telecommunications services has the proven, significant, additional benefits of reducing recidivism, improving detainee behavior and increasing officer safety.

Eventually all technology trends breach the prison walls. In fact, the Department of Justice recently mandated that Federal Bureau of Prison Halfway House detainees be given controlled access to cell phones to facilitate communication with potential employers and family. With meshDETECT, all deserving detainees can benefit from wireless technology, safely and securely.

Leveraging the security, efficiency and decentralization offered by blockchain technology

meshDETECT continues to lead the corrections technology industry with Aisto™, our new blockchain powered inmate mobile device solution. The benefits of security, immutability, transparency and efficiency inherent in blockchain are among the reasons blockchain is rapidly being adopted across a myriad of industries including energy, finance, healthcare and logistics. These benefits are especially important for the corrections industry.

A distributed blockchain system creates a more permanent and unalterable record than a single database could, while allowing more nodes (wired and wireless inmate devices) to function simultaneously. Distributed systems promoted by blockchain technology combined with mesh networking provide correctional facilities the potential to distribute management of the system by giving the nodes the ability to regulate themselves anonymously from each other but transparently to those administering the correctional facility. Not only can more devices be supported, but they can be supported with fewer resources, enhanced redundancy, and increased security.