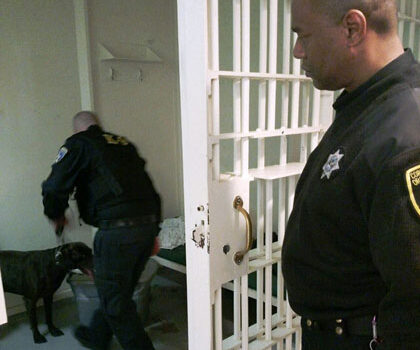 This news video discusses the use of a cell phone-sniffing dog, appropriately named, “Sprint”, to find smuggled contraband cell phones in Oregon prisons. The video includes a demonstration of Sprint’s skills at the Santiam Correctional Institution in Salem. Within seconds of the start of the demonstration, Sprint honed in on the scent of a cell phone hidden under an inmate’s pillow. According to the report, “High-end electronics such as cell phones have a unique odor. […]